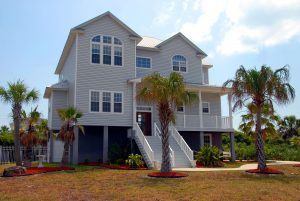 If you live in a region of the country that is annually affected by hurricanes, chances are you’ve talked about—or at least heard about—impact windows. They’re also sometimes called impact-resistant windows, hurricane windows, or coastal windows, but their job is more or less the same—to protect your home in the face of a hurricane or tropical storm. That said, there’s a lot of information swirling around out there about impact windows, some of it favorable, some of it not, some of it just plain ridiculous. If you’re considering investing in impact windows for your home, then you’re probably in the process of doing some research. And if that’s the case, you may have heard some things about impact windows that have you feeling a bit apprehensive. Well, to clear up any confusion, we’re here to address five of the most common myths and misconceptions about impact windows.

One of the most common misconceptions about impact windows is that they’re only good for protecting against hurricanes and since a hurricane might only come your way once or twice a year if that, impact windows really aren’t worth the investment. For starters, let’s just say that it’s always better to be safe than sorry; it’s much better to have hurricane windows and never end up needing them than it is to need them and not have them. That said, impact windows provide a number of benefits beyond just protection from hurricanes.

Hurricane windows are built to withstand extreme pressure and heavy impacts, so if an airborne tree branch isn’t going to get through them, then neither is a potential intruder. This added peace of mind can help you rest a little easier at night, knowing that you and your family are safe and sound.

And speaking of sound, with impact windows installed on your home, all those annoying sounds from the outside world—such as traffic, road construction, dogs barking, etc.—will be nicely muffled. Due to their insulated frames, heavier gauge glazing systems, and gas fills, impact windows are excellent for dampening outside noises.

What’s more, because they’re so durably constructed, impact windows will last just as long as, if not longer than, any other replacement windows you may be considering. They’re also very energy efficient with their double-pane glass, so you can expect all of the benefits you’d get from energy-efficient windows such as a more comfortable home, a smaller carbon footprint, and possibly even lower monthly heating and cooling bills.

They’re Not Much to Look At

Another common misconception about impact windows is that they’re bulky and unattractive. The frames are so thick that they minimize the viewing area, the glass is heavier and doesn’t allow in as much sunlight. Some people assume that if they install impact windows on their homes, it will be glaringly obvious to everyone who passes by. This belief stems from the fact that many years ago when impact windows were first being manufactured, they did have quite a noticeably different appearance than non-impact windows. But the truth is, most hurricane windows made nowadays look just like standard replacement windows.

They Only Come in a Few Varieties

Although impact windows share the common feature that they are built to withstand the rigors of a major storm, when it comes to materials and styles, they’re as varied as standard windows. Double-hung, sliding, casement, and awning windows are all available in impact-resistant models. Even picture windows, with their large panes, can be hurricane rated for Category 3 storms and higher. When you factor in color, finish, hardware, and decorative touches such as grids or engravings, there are enough options for you to be able to select impact windows that match the beauty and versatility of non-impact alternatives.

They’ll Cost You an Arm and a Leg

One of the biggest deterrents to purchasing impact windows is the belief that they’re too expensive. Sure, impact windows might run you a bit more than standard replacement windows, but with the additional benefits they offer, and the peace of mind they’ll provide you in the face of violent storms, many would say this price difference is well worth it.

Impact Windows Are Harder to Install

Many people assume that because impact windows are stronger and more resilient than standard windows, they must also be heavier and harder to install. The truth is, the features that make impact windows what they are do not add to their weight or structural complexity. These types of windows are no more difficult to install than standard windows. That being said, they are not a DIY project. Like any window, they must be properly fitted and caulked to ensure optimal performance. Professional installation is always recommended.

Actually, from a safety standpoint, impact windows can replace storm shutters. Just like hurricane shutters, impact windows will prevent windblown debris from entering your home. If you have storm shutters that are rusted, warped, or just don’t complement your home’s exterior, you can certainly remove them once your new impact windows have been installed. If, however, they are still functional, the best option is to keep them and use them in conjunction with impact windows. It’s an additional level of protection and it may prevent debris from striking and shattering (but not breaking) the outer pane on your impact window.

If you’d like to learn more about impact windows—what they are, what they aren’t, and how you can go about having them installed at your home—click here to locate the nearest Sunrise Windows dealer in your area. We’ll be happy to tell you all about our Coastal Performance windows and how they can help keep your home and family safe in the face of hurricanes and tropical storms. 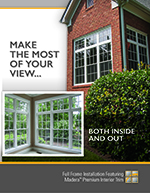