We’ve  made it almost to the end of our discussions about the eight critical areas to look at when thinking about new replacement windows for your home.  Today we’ll begin our discussion about the glass system.

Two key words there: “begin” and “system.” You see when it comes to today’s replacement window glass, there’s much more to it than just how many pieces of glass there are.There are three types of heat gain/loss that a glass/window manufacturer needs to deal with. The specific way that manufacturers choose to deal with these things are similar, what’s different is some of the processes and materials that are used to combat these problem areas.

Glass packages that combine the most efficient parts of these ideas offer the best combination of performance and longevity. It’s really a system, where the whole is greater than the sum of the parts.

It’s like a three-legged piano stool…No matter how good two of the legs are, if the third leg breaks, what happens to the stool? It falls over…

Today we’ll talk about the first leg…gas filled windows. You’ve probably heard talk of a gas being put between the two or three panes of glass, but have wondered what kind of gas, how it got there,  what it’s there for, and maybe even whether or not all windows have the same amount of gas.

What Do You Put In Gas Filled Windows

There are two main types of inert gases used in replacement window glass; argon and krypton. 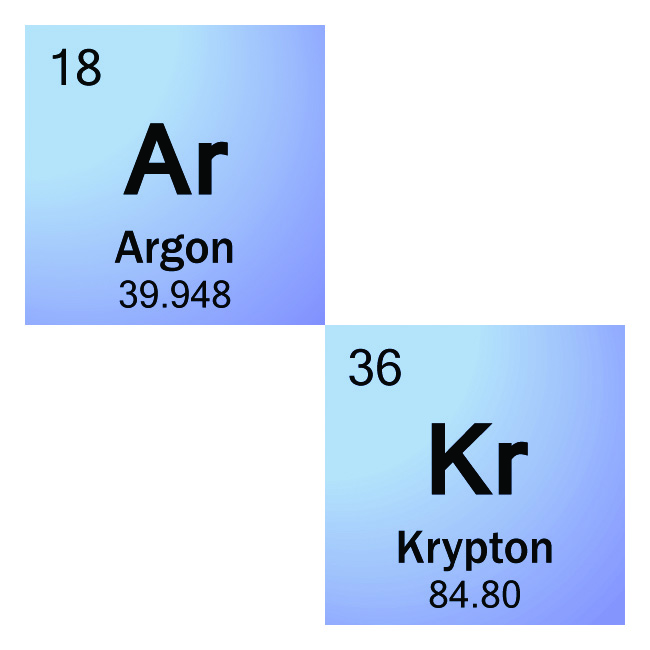 Both are heavier and denser than air.

Both are used in replacement window glass, though krypton is more efficient than argon. Having said that, argon has become the standard in most gas filled  windows specifically having to do with cost. Krypton can cost as much as 1000% more than argon.

How Does The Gas Get Into The Glass Unit

There are a couple of ways.  First, it can be injected into a previously sealed unit.  Another way to do it is what I would call immersion, where an unsealed insulated glass unit is placed into a chamber that is already filled with gas.

The gas introduction method is typically dependent on the type of spacer system used. We’ll talk very specifically next time about different spacer systems and their importance. For this conversation, know that since a gas filled window that uses injection has a unit that is already sealed, that spacer must have a hole for the probe that injects the gas into the unit. Immersion filled units are most often “one piece” units with no hole for gas insertion.

Why Use Gas In The First Place 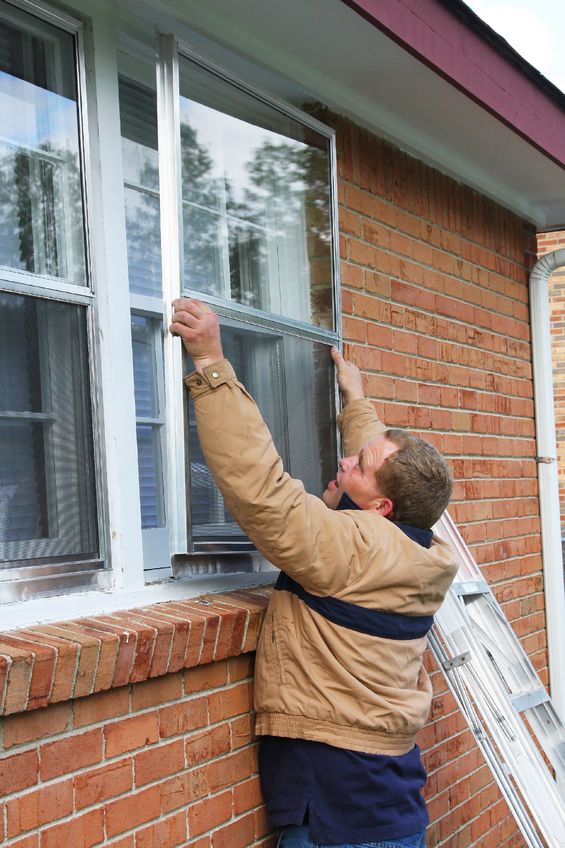 What does all of this mean for gas filled window replacement window units? The easiest way to understand this is to think back to a time where you may have put a storm window onto your house.

I was probably 10 or 11 when I remember my Dad telling my Mom how we were going to save some money on our power bills in the winter by putting storm windows over our wood, single pane windows.

Dad didn’t know any better, he was told that the second pane of glass, with air in between the two, would insulate better. Unfortunately, over the years we’ve learned the truth.

Let’s take the winter time, for example. It’s cold outside and you’re running your furnace inside to keep you comfortable. As everyone knows, heat rises and cold falls. So, outside your home cold air continuously falls against the exterior pane of glass. Inside, heated air rises against the inside pane. The combination of these two creates a thermal roll of sorts, where the air molecules between the glass are bouncing around everywhere. The effect of this is convective heat gain and loss through the panes and airspace to the other side.

I remember feeling cool air coming through even after we installed the storm windows. When I asked my Dad about that he mumbled something unintelligible.

What Does The Gas Do

So, by adding the argon gas what do we accomplish? The denser gas slows the molecular 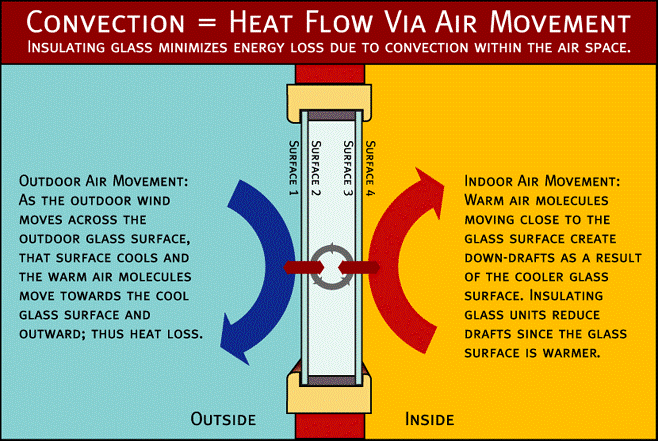 movement, evens out the temperature of panes of glass, and minimizes heat and cold transfer into, and out of, your home.

We took those storm windows down when it started getting warmer and we never put them back on again. Dad always said it was because it was such a pain putting them on and taking them off, but I always wondered.

Does The Amount Of Gas Matter

In a word, yes. Think about it, because the gas is heavier and denser than air, if the insulated glass unit is not almost completely filled, the gas will gather together towards the bottom and leave a pocket of air that, again, promotes convective heat gain and loss.

This goes back to how the gas is placed into the glass unit. Gas filled windows are either injected or immersed, as we discussed before.

To truly understand this, think about an assembly line. Let’s say you’re making widgets, and, to make it simple, there are three steps to the process. In most scenarios, each process is assigned a time period, and all of those time periods add up to the total time it takes to make that widget. The times for each step in the process may be different, but it’s the overall time to make the widget that’s the most important thing.

What happens to the entire process is the second step, say, takes longer on one widget than it does on another? Correct, the timing of finishing the widget changes.

This is what happens to gas filled windows that are injected. Different glass units are different sizes, and, as such, require differing amounts of time to totally fill the unit. The gas filling process is one of the processes of an assembly line. So, what many of the manufacturers that use spacer systems that require injected gas do to control that time is that they’ll set a specific amount of time that each unit will have gas inserted.

Of course this leads to different levels of gas in each filled window unit, creating the convection issue that we mentioned above.

Immersion based units, on the other hand go, unsealed into a chamber that fills with gas. While the chamber is still filled, the unit is sealed. Gas filled windows using this process leave virtually no air pockets and, thus, perform better with respect to convective heat gain/loss.

Just because your window dealer offers gas filled window units doesn’t necessarily mean that they offer the most efficiency.