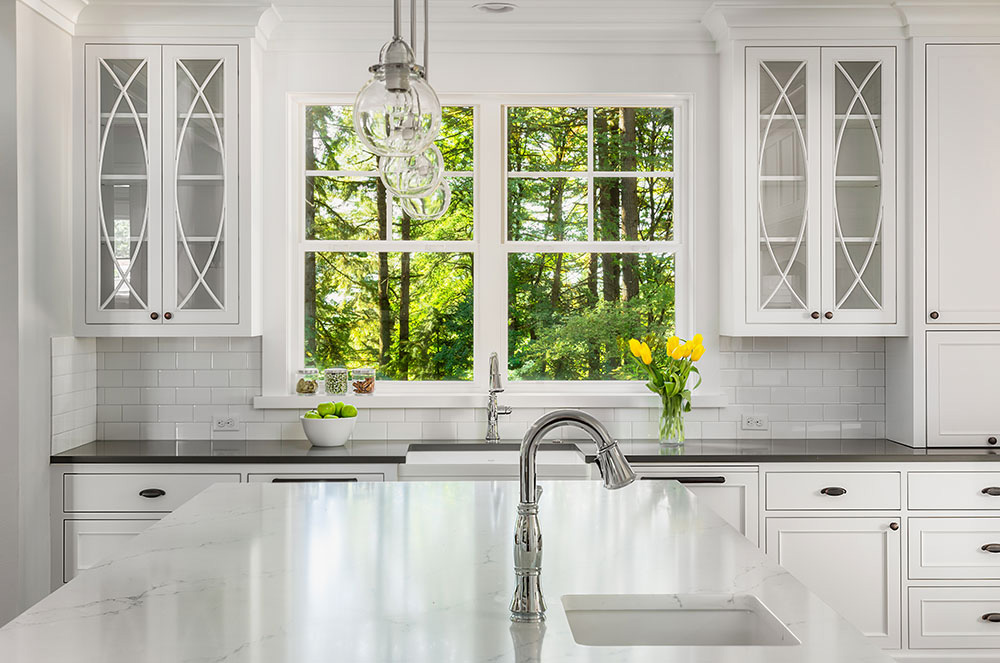 Windows. At first glance, it may seem like there’s not much to them—just a piece of glass in a frame right? Wrong. While windows of long ago may have been that simple, modern-day replacement windows are much more complex, featuring a multitude of components, some of which can’t even be seen by the human eye. In this article, we’ll take a closer look at the anatomy of a replacement window. We’ll consider all of the different components, examining what they are made of, what functions they serve, and how they all fit together, in hopes of giving you an understanding of how windows work and an appreciation of just how astounding they truly are.

To a certain degree, the anatomy of a replacement window depends on the window style. While the majority of the components are the same for all replacement windows, their location and functionality may differ slightly from style to style. For instance, a double glazed picture window features many of the same components as a double-glazed casement window. However, since the picture window doesn’t open, it won’t have any of the operating mechanisms such as hinges or a crank handle. To keep things as general as possible, in this Guide to the Anatomy of a Replacement Window, we’ll use the anatomy of a double-hung window as our baseline, as this is the most common style of window on homes in the U.S. When we do make reference to other window styles, we will consider how the anatomy of these window styles differs from that of a double-hung window.

Starting on the outside and working our way in, we begin with: 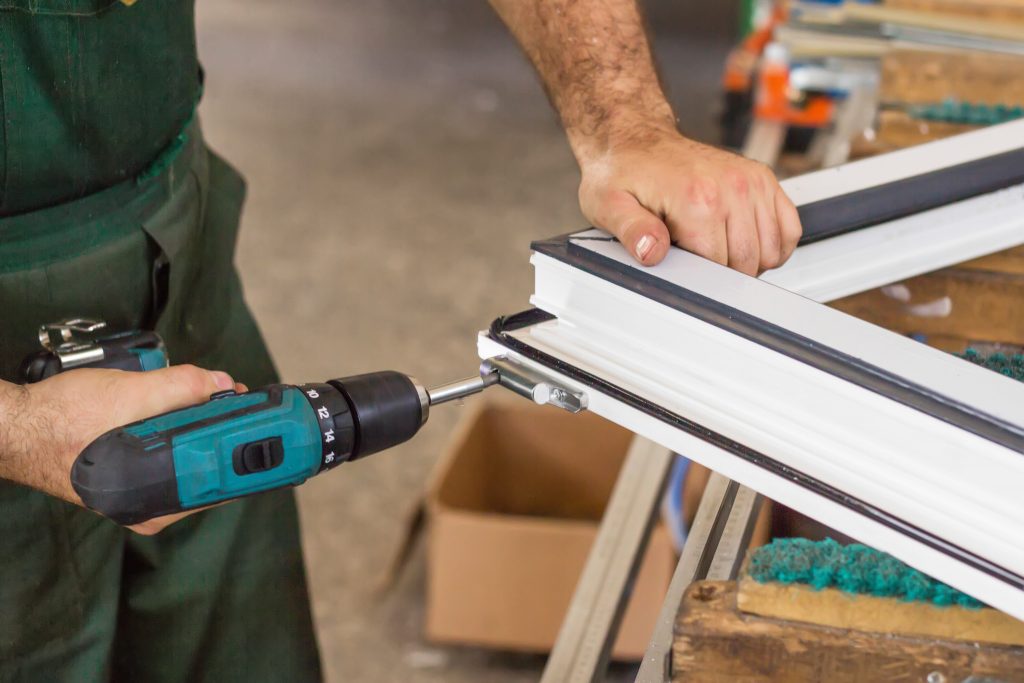 Every window has a frame. The frame is the enclosing structure that surrounds and supports the entire window. This is the part that fits into or attaches to the wall opening. The frame is made up of:

Frames can be made from a variety of materials, ranging from vinyl to wood to metal to fiberglass. In addition to appearance, the material that the frame is made of has a lot to do with how durable the window is. Some materials are prone to warping or rotting over time, and since the frame supports the entire window, if it loses its strength or rigidity, the structural integrity of the whole window will be compromised.

Some window frame materials are naturally better at insulating than others. Vinyl, for instance, has better insulating properties than metal because the metal is more prone to conducting heat. However, most window frames also have some form of insulating material inside them. On most modern replacement windows, the hollow areas inside the frame are filled in with polyurethane foam which reduces heat transfer through the frame and makes the window more energy efficient.

The sash is the part of the window that sees the most action. It’s the part that moves, and the part that contains the glass. On double-hung windows, the sashes slide up and down to open and close the window. On casement and awning windows, the sash pivots outward like a door when the window is opened. Picture windows do have sashes, but they are “fixed” or “stationary,” meaning they are built into the window frame and do not open. On any window with an operable sash, since the sash is not fully connected to the frame, a small amount of air is able to seep through the cracks. But on a picture window or other fixed window, you don’t have this problem, which is why they are the most energy-efficient of all window styles.

A window sash is made up of components called rails and stiles. The bottom rail runs horizontally along the bottom; the top rail runs horizontally along the top; and the stiles run vertically, one on each side, connecting the bottom rail to the top rail. These four components of the sash are what hold the glazing system in place.

The glazing system is a technical term used to refer to the glass in a window. The reason why it’s not simply called “the glass” is because modern-day replacement windows feature much more than just glass in their glazing systems. Of course, the pieces of glass—also known as the panes or lites—are the essence of the glazing system, but there are other components that are vital to the window’s energy efficiency and overall performance. 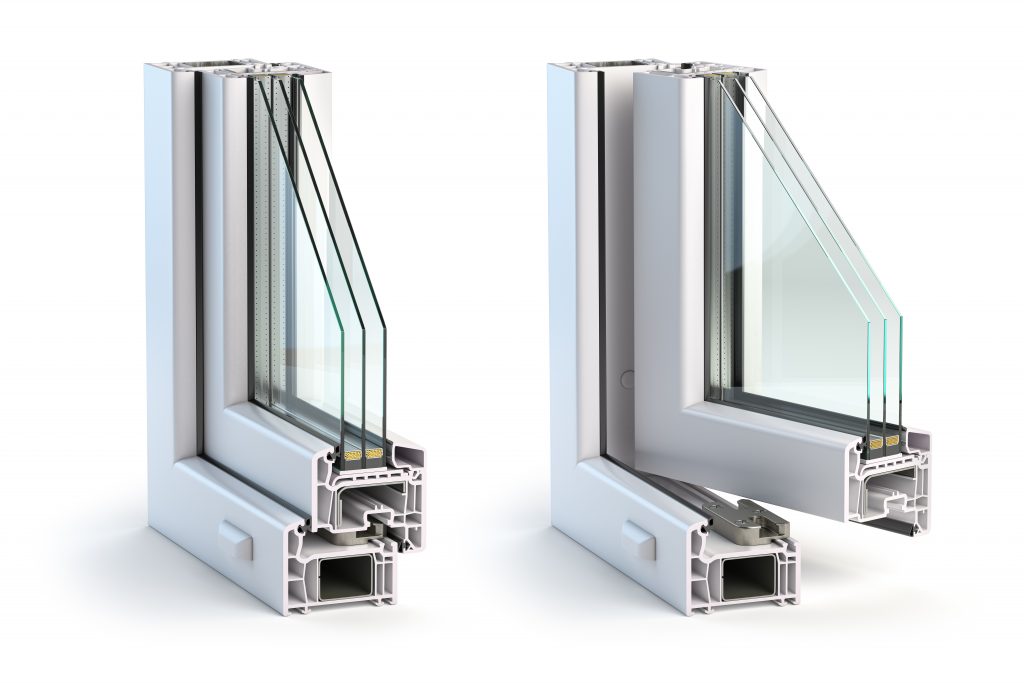 The term “single-pane” window refers to an older style of window that indeed has a glazing system made up of just a single pane of glass. But nowadays, single-pane windows are mostly relics found in older homes, preserved more for their historical charm than for their performance value. Most replacement windows manufactured nowadays are “double-pane” windows, meaning they feature two panes of glass. (There are also “triple-pane” or “triple-glazed” windows out there, but these are not nearly as common as double-pane windows).

The panes of glass in a replacement window are much more than just standard pieces of glass. The glass is often tempered, which means it has been repeatedly heated and cooled during the production process to make it less prone to breaking in the face of drastic temperature fluctuations. Many windows also feature laminated glass, which means there is a rigid layer of clear plastic sandwiched between the two panes of glass. This is a common feature of “hurricane windows” or “impact windows,” as this flexible yet durable plastic layer prevents the broken glass from shattering in the rare event that the glass pane does break.

Most panes of glass on modern replacement windows—and any that are ENERGY STAR® certified—are what is referred to as “low-emissivity” or “low-E” glass. This means the glass is coated with microscopic layers of metal—such as silver, titanium oxide, and silicon dioxide to name a few. These metal layers are designed to reflect heat rather than absorb it, so ultraviolet rays from the sun are reflected away from your house, keeping your home nice and cool in the summer. When these metal layers are also applied to the inside of the glass, they can help your home retain all of that nice, toasty warm air in the wintertime that would otherwise naturally escape through the windows. It’s hard to believe that the glass on your windows is covered in multiple layers of metal because you can see right through them, but it is. These layers of metal are much thinner than a human hair, and in fact, are so thin that they are imperceptible to the naked eye!

In between these pieces of ultra-durable, mind-bogglingly coated glass is a spacer system, which holds the glass panes firmly in place. Often made of stainless steel, spacer systems ensure that the panes remain the appropriate distance apart despite changes in temperature which can cause molecules to shrink and expand. Some high-end spacer systems also feature desiccant beads (similar to what’s inside the little packet of silica gel that comes in many product boxes) that prevent moisture from forming between the two panes of glass. The spacer system also features a seal barrier that keeps the gas fill from leaking out.

In between the panes of glass is another invisible but oh-so-important component of modern replacement windows known as the gas fill. The area in between the panes of glass is pumped full of an invisible gas that acts as an insulator against heat transfer as well as sound waves. The gas used in this application is usually either argon or krypton, both of which are “inert” or “noble” gases, which, if you’ll recall from your high school chemistry class, means that they do not react with other materials they come into contact with, and they won’t undergo any chemical changes, even as the atmosphere around them fluctuates. Both argon and krypton are denser than air, so they do a good job of stopping air molecules from passing through them. Air also contains moisture, whereas argon and krypton don’t, so they are ideal substances for keeping the inside chamber of replacement windows nice and dry. 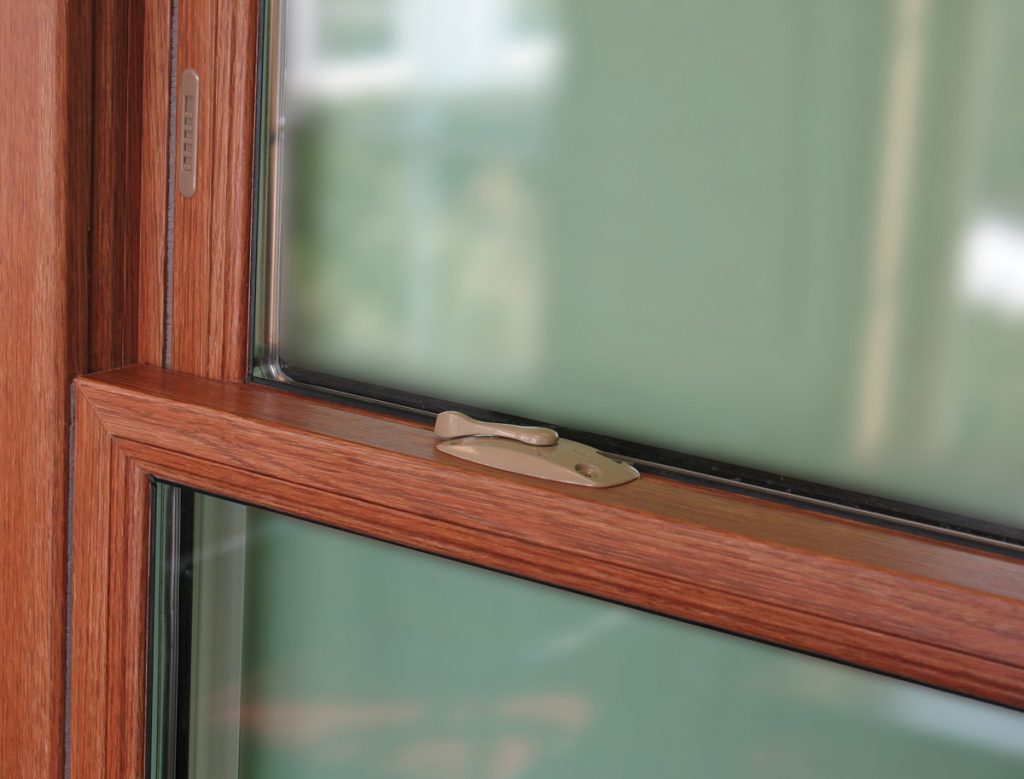 There are many other components that are arguably part of the anatomy of a window and can be included when designing replacement windows, such as hardware (locks and handles), window tints, and blinds between the glass. However, because these are usually optional features, we’re treating them as more of the “icing on the cake,” so to speak. Then there are other components such as etched or stained glass panes, and decorative grilles, but these features serve more of an aesthetic function than a practical one and don’t have much bearing on the overall performance of a window.

We hope that you’ve found this guide to the anatomy of a replacement window helpful and at least a little bit interesting. If you have more questions about replacement windows or would like to speak to someone about having new windows installed at your home, click here to locate the nearest Sunrise Windows dealer.